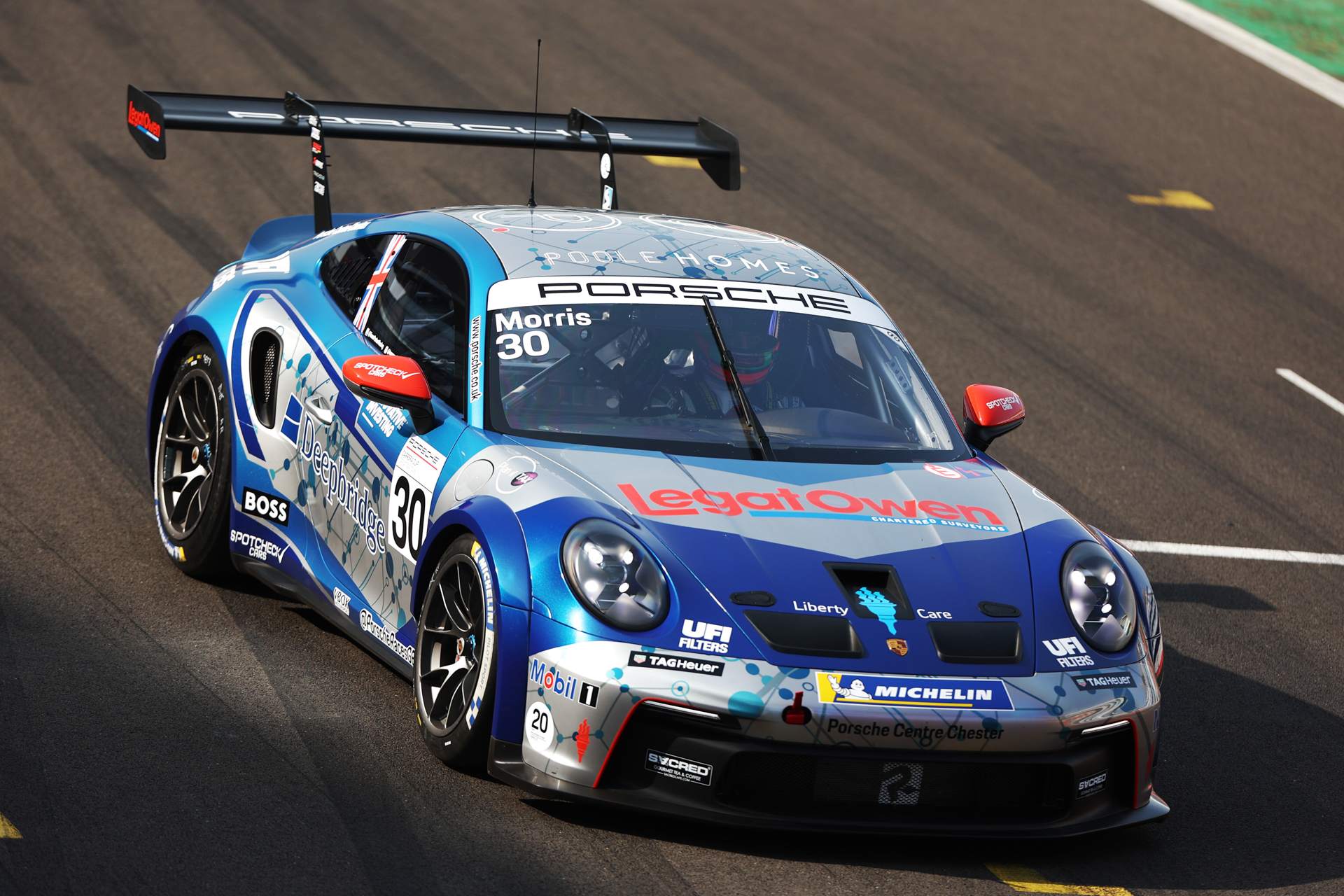 Successful racing driver Seb Morris is set to make his debut in the challenging Porsche Carrera Cup GB at Donington Park this weekend (April 23/24), making his return to a full race season on home soil.

After successful forays into Europe, earning him a factory seat with Bentley Motorsport, the Welshman returns to the popular ‘TOCA’ package this year, racing alongside the British Touring Car Championship for the first time since 2013.

The 26-year-old, who resides in Chester, will re-join Team Parker Racing with whom he made his first steps away from single seater racing in 2016, before claiming the 2017 British GT Championship title and spending four years with the team.

The Porsche Carrera Cup GB will feature the latest 992-style 911 GT3 Cup car this season after being raced in Europe last year. With an increase in downforce and power, lap records are likely to tumble across the country, while Seb will be hoping the team’s knowledge from running the car in the Porsche Supercup in 2021 will pay dividends,

Seb and his team-mates will have unofficial practice sessions at the Leicestershire venue on Thursday, April 21st, before qualifying takes place on Saturday at 13:45. The first of two 23 lap races is due to get underway at 10:55 on Sunday 24th, with race two at 16:30, which will be broadcast live on ITV4 and ITV Hub.

“I’m extremely excited for this weekend’s race in the Porsche Carrera Cup GB. It’s great to be back on the TOCA package with a huge fan following and great exposure in the media.

“I am realistic about my expectations heading into the race weekend, as I’ve only managed to do two test days due to various issues with getting on track and some tyre supply issues.

“My aim for the weekend is to have two solid results in both races, if that’s top five or six, I’ll walk away very happy. After that I can get down to work, try and do some more testing, and really get to grips with this new car.

“I’m excited to work with Team Parker again as it feels like coming home for me, so hopefully we can get some very strong results and maybe even pick up a bit of silverware.”