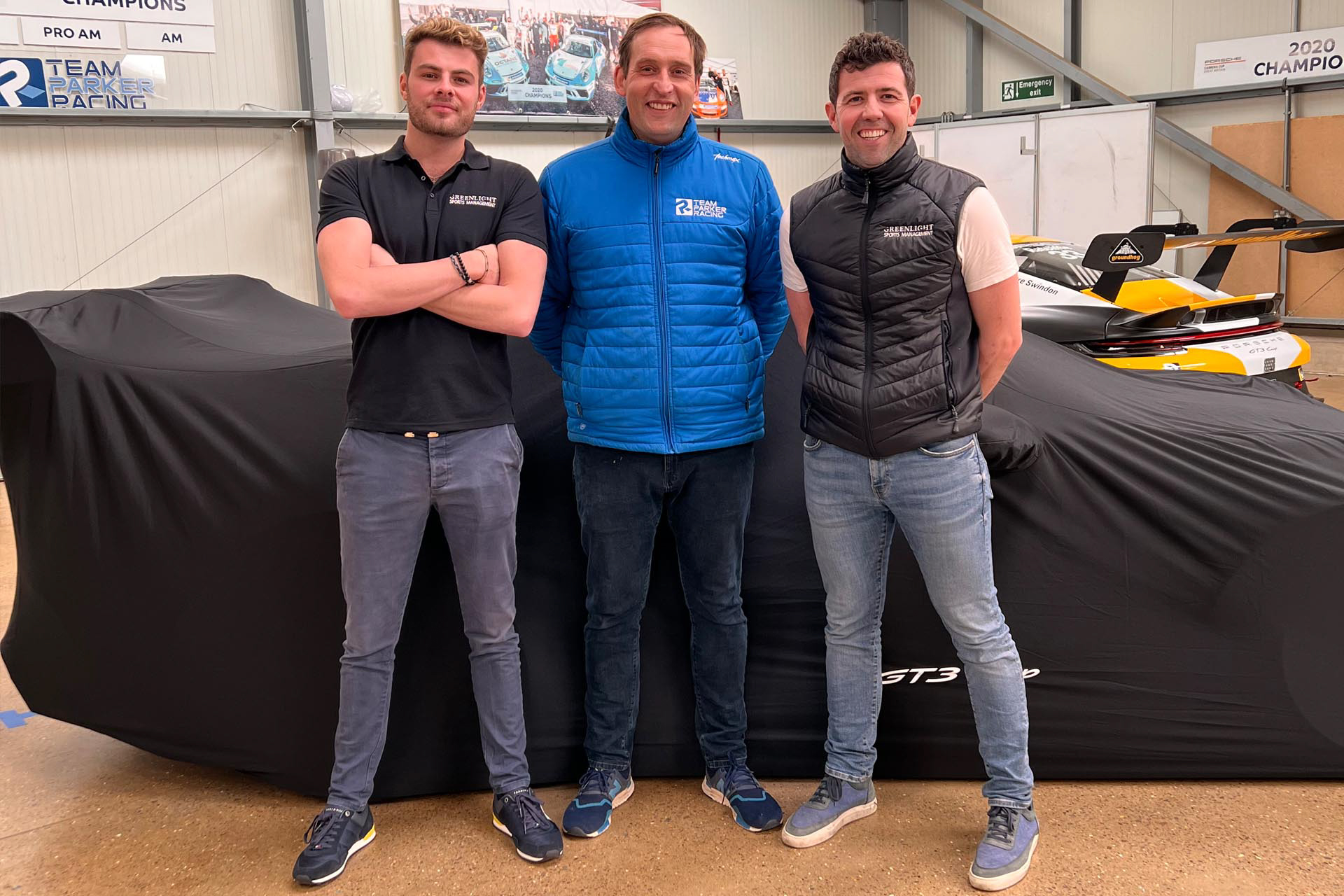 Seb Morris will open a new chapter of his career while aiming for championship success this season, making his debut in the Porsche Carrera Cup GB with leading outfit Team Parker Racing, which has secured a remarkable 19 different championship titles in the series.

The Welshman is no stranger to the team, having made the switch from single seaters to sportscars with the Leicestershire-based outfit in 2016, taking a podium on his debut British GT Championship appearance, scoring his first win in his fourth contest, and securing the championship title with three victories in ’17, alongside Rick Parfitt Jnr.

Remaining with Team Parker Racing in 2018 and ’19, Seb moved to what was then known as the Blancpain GT Series Endurance Cup alongside Derek Pierce. With several impressive performances over those four seasons, Bentley took note, drafting him into a factory role for 2020.

In that season he raced in GT World Challenge Europe, was called up to a round of GT Masters at late notice, and undertook the Intercontinental GT Challenge with the factory M-Sport team, narrowly missing out on a debut podium at the Bathurst 12 Hours with a late puncture.

Last season, after Bentley’s sudden withdrawal from GT racing, Seb competed in the 24H Series, with three wins, scored a podium in Lamborghini Super Trofeo Europe, and was called into action for the opening round of the Nürburgring Langstrecken Series on the fabled Nordschleife, finishing second in class.

This year the 25-year-old makes his debut racing a Porsche as well as undertaking his first full season on home soil since his title success in 2017. For 2022 the series will debut the latest generation of Porsche 911 GT3 Cup machinery, based on the 992, which features increased power and downforce. Seb’s deal comes thanks to the work of Greenlight Sports Management, a leading motorsport management company, of whom he is a client.

Racing alongside the ever-popular British Touring Car Championship, the Porsche Carrera Cup GB season begins at Donington Park in April, with 16 races across eight weekends, concluding at Brands Hatch in October. At least one race at each meeting will be broadcast live on free-to-air TV in the UK, on ITV4, as well as online via ITV Hub.

“I’m extremely excited to be joining the Porsche Carrera Cup GB. It’s going to be a big change for me going back into a one-make championship for the first time since GP3 back in 2015, but it’s going to be nice to not have the usual challenges of BoP as everyone is in the same car. I’m confident my own abilities, so a one-make championship appealed to me. The last time I did one on home soil was Ginetta and I did all right there!

“I was looking at all the figures of the TOCA package and I thought “why don’t I go and do Porsche?” I got speaking to Stuart and he managed to wrangle another car from Porsche for me, plus it is fantastic to return to the team.

“I’ll be going full steam ahead this season. I had a couple of races last year, but it’s imperative that I have a good year and that I’m in the car regularly, which some of the GT drives I was offered couldn’t guarantee. I’ll be going for nothing less than the championship title, so it should be an interesting year and I can’t wait to start testing.”