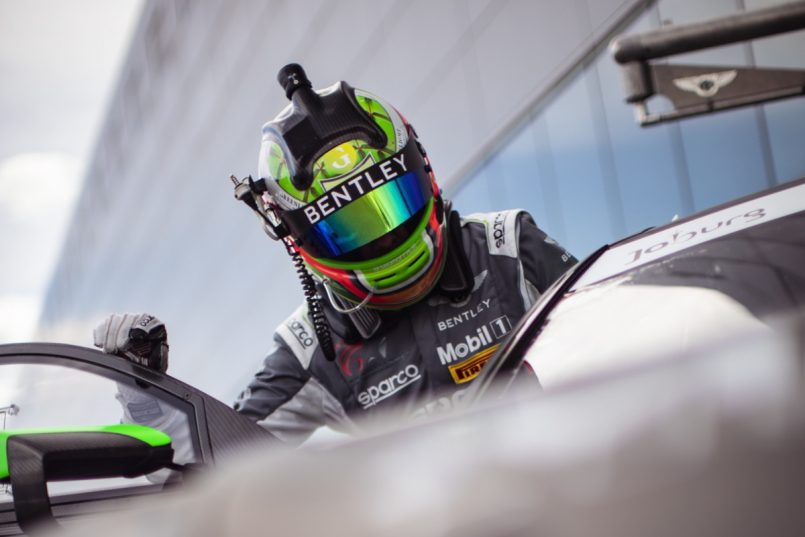 Posted at 15:52h in Uncategorized by sarah

International GT racer Seb Morris signed-off his career as a factory driver for British manufacturer Bentley with an expectedly competitive performance on his debut outing at Kyalami in South Africa on Saturday, 12th December, during the final round of the Intercontinental GT Challenge.

Teaming with Oliver Jarvis and Alex Buncombe in the customer M-Sport squad’s No.8 Bentley Continental GT3, Chester-based driver Morris delivered a star showing to lap quicker than his two team-mates throughout the weekend on his first ever visit to Kyalami.

After just missing out on the all-important top six ‘Pole Shoot-Out’ by little more than a tenth of a second in qualifying, the M-Sport trio had to begin the weekend’s big nine-hour race from ninth on the grid. While an early tangle for Buncombe with the No.31 Audi R8 didn’t help the team’s cause, they battled competitively race-long but had to settle for a ninth place finish in the end.

“I really enjoyed the weekend, my last race with Bentley and M-Sport”, said British Racing Drivers’ Club Superstar Morris, “My pace was really strong, I was quicker than both my team-mates all weekend – which was nice – and we had some good stint times. As we only just missed out on Super Pole, we spent the whole race in eighth or ninth unfortunately but we were still very competitive.”

Fighting an uphill battle after the early incident, the squad gradually made inroads and through the various driver cycles each lapped strongly. Morris, in particular, stood-out and took his first race mileage during the third hour of the encounter – confirming his prowess with the second fastest lap time of the six Bentley drivers taking part in the race.

With just two hours to go the trio held seventh position, but they eventually had to be satisfied with ninth place at the end of nine hours of action. Heavy rain actually eliminated the final 60 minutes of racing under night skies, with atrocious conditions leading to a frustrating final hour procession to the chequered flag behind the Safety Car.

“We made the most of the last race together as a team and it’s a shame the No.7 sister car couldn’t get the championship in the end, but team spirits were high and the main thing was we enjoyed the whole weekend and cherished every moment”, reflected Morris.

“Now, my job is to work on finding a drive for 2021 and Guy [Smith] and Andy [Meyrick] from Greenlight Sports Management will be helping me with that. Hopefully I’ll be able to announce something pretty cool soon.”

During five years racing two generations of Bentley Continental GT3, Welsh star Morris won the British GT Championship title in 2017 and became a multiple podium finisher in the Blancpain Endurance Cup – now the GT World Challenge Europe Endurance Cup. After proving his worth, he was rewarded with a ‘works’ drive for Bentley this season, the marque’s last in GT3 racing.