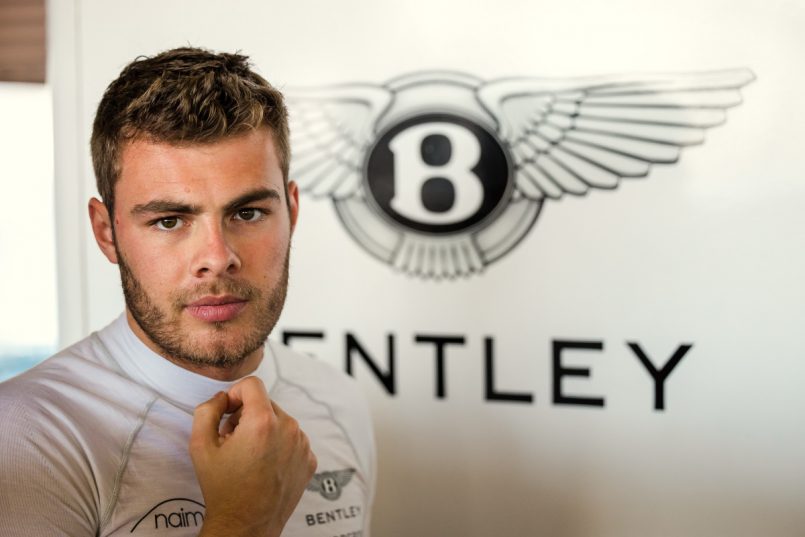 Posted at 14:29h in Uncategorized by sarah

One of motorsport’s greatest and most spectacular challenges, the prestigious Total 24 Hours of Spa, awaits Bentley factory driver Seb Morris this coming weekend – and the Welshman is planning to mount a bid for an outright top 10 finish in GT3 racing’s crown jewel event.

Aiming to proudly fly the flag for Crewe manufacturer Bentley as the lead driver in customer team CMR’s No.107 Bentley Continental GT3, the Chester racer will be gunning for a big result in the twice-round-the-clock encounter with team-mates Pierre-Alexandre Jean and Nelson Panciatici.

In fact, this year’s instalment of the world-renowned race at Spa-Francorchamps will be contested over an extended 25 hours as it takes place on the weekend when the clocks go back in Europe – the first time in the event’s glittering history that has occurred.

Ordinarily staged each year in the middle of summer, due to the global COVID-19 pandemic the 2020 instalment of the Total 24 Hours of Spa will provide a different challenge to usual with more hours of darkness mid-race and much cooler autumnal temperatures obviously expected.

All ways round, British Racing Drivers’ Club Superstar Morris is relishing the prospect of being back at the famous Belgian track and is targeting a season’s best performance with CMR after the team made a huge step forward last month during the Nurburgring six-hour in Germany. He is certainly aiming high for the championship’s flagship race, which will feature an immense 56 car entry.

“I’m really looking forward to being back racing at Spa, the team is in high spirits and the car has been completely stripped down and rebuilt so it should be good”, said the Welshman, “We have had some problems with the chassis, and did find something in one of the tests. The car has been going from one race to the next in the Endurance Cup and Sprint Cup, but now it’s had a proper overhaul.

“That’s what you need to do before such a big 24 hour race, so full credit to the CMR guys. It’s going to be interesting with the added night time running, I’ve got plenty of experience but this will be my first real Spa 24 Hours – if all goes to plan of course – as we’ve had loads of bad luck in the past.”

Morris added: “My first aim is for us to get into the Superpole session, give it my all in that and start the race where we know we belong. We just need a clean race, my target is to push for the top 10 and if we can finish there in such a massively competitive field I’ll be really happy. I think we have some good momentum from the last round where we were P15, I’m feeling very positive.”

Through his role as the Pro driver in the No.107 line-up, Morris’ duties include helping to move CMR forward in its maiden season as a customer team with Bentley and to assist the French squad with the development of its Continental GT3.

Added to that, the former British GT Champion and Endurance Cup podium finisher has also adopted a key mentoring role for Bentley Motorsport Academy driver Jean in the youngster’s debut year of action at GT3 level.

The week of action at Spa gets underway today, Monday, 19th October, but the major track time starts on Thursday, 22nd October, with free practice, pre-qualifying, final qualifying – split across four individual 15-minute sessions – and a night time practice. The entries progressing into the final Superpole session will then be back in action on Friday, 23rd October.

On Saturday, 24th October, the big race itself will get underway at 15.30 (local time) with live coverage streamed online HERE 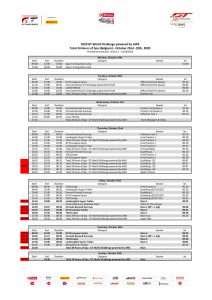