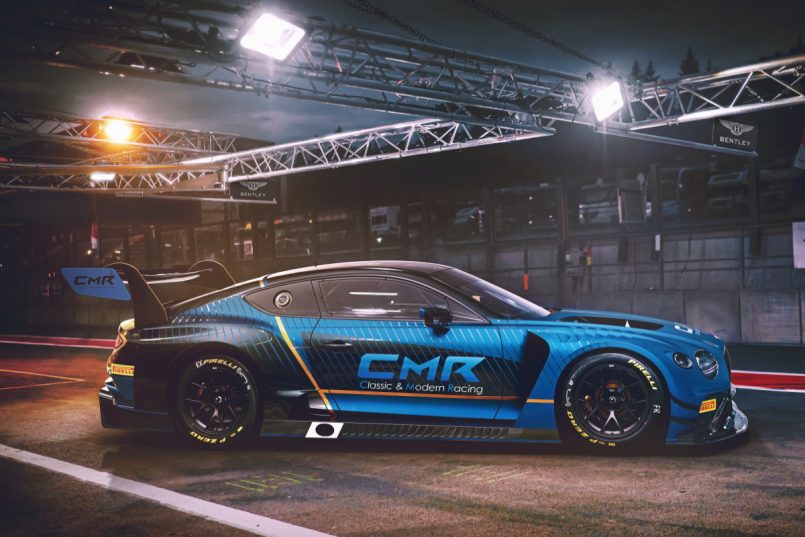 Posted at 16:16h in Uncategorized by sarah

Morris, who was confirmed as an official Bentley racer for 2020 less than a couple of weeks ago, will dovetail his driving duties with the manufacturer’s full works squad, run by M-Sport, with his new role at CMR in GT World Challenge Europe at the wheel of a customer Bentley Continental GT3.

The Chester-based racer, of course, is already a proven force in the championship formerly known as Blancpain Endurance Cup. Becoming a podium finisher in the Pro-Am class on his debut in the series in 2018, he immediately established himself as a driver to watch and one of the quickest on the grid.

Now entrusted by Bentley with the Pro driver role at CMR, the 24-year-old is delighted to be making a return to the pan-European championship for a third year and extremely happy to remain part of Bentley’s expanding customer race programme as part of his prestigious works role.

“It’s fantastic news to be placed with CMR by Bentley for the GT World Challenge Europe Endurance Cup”, said British Racing Drivers’ Club ‘Superstar’ and Motorsport UK ‘Team UK’ talent Morris, “I’m really looking forward to starting work with the team and getting preparations underway for the start of the season in April at Monza.

“Obviously, it’s a huge honour to be entrusted by Bentley with the Pro driver role in one of CMR’s Bentley Continentals this year and, along with my factory drive in the Intercontinental GT Challenge, I’m determined to deliver the absolute best performances I can for Bentley throughout 2020. It’s set to be a very exciting year, I’ve never looked forward to a season in racing as much!”

CMR, which stands for ‘Classic & Modern Racing’, is embarking on its first year as a Bentley customer team having previously raced extremely successfully in GT4. The team established itself as a major player in the GT4 European Series with multiple race wins.

Morris will team-up with Pierre-Alexandre Jean, the 18-year-old staying with CMR after two successful years in the ranks of GT4 – winning the International Cup in 2018 and becoming multiple race winners in GT4 European Series. The squad’s third driver will be confirmed in due course.

Following a two-day official test for the GT World Challenge Europe Endurance Cup competitors at Paul Ricard in France on 12th/13th March, the opening round will take place at ultra-fast Monza in Italy over the weekend 18th/19th April.

Before then, Morris and Bentley works team M-Sport will be getting the 2020 Intercontinental GT Challenge underway at the Mount Panorama Circuit in Bathurst, Australia, just under a couple of weeks from now, over the weekend 1st/2nd February. Morris will be partnered by fellow British drivers Alex Buncombe and Oliver Jarvis.