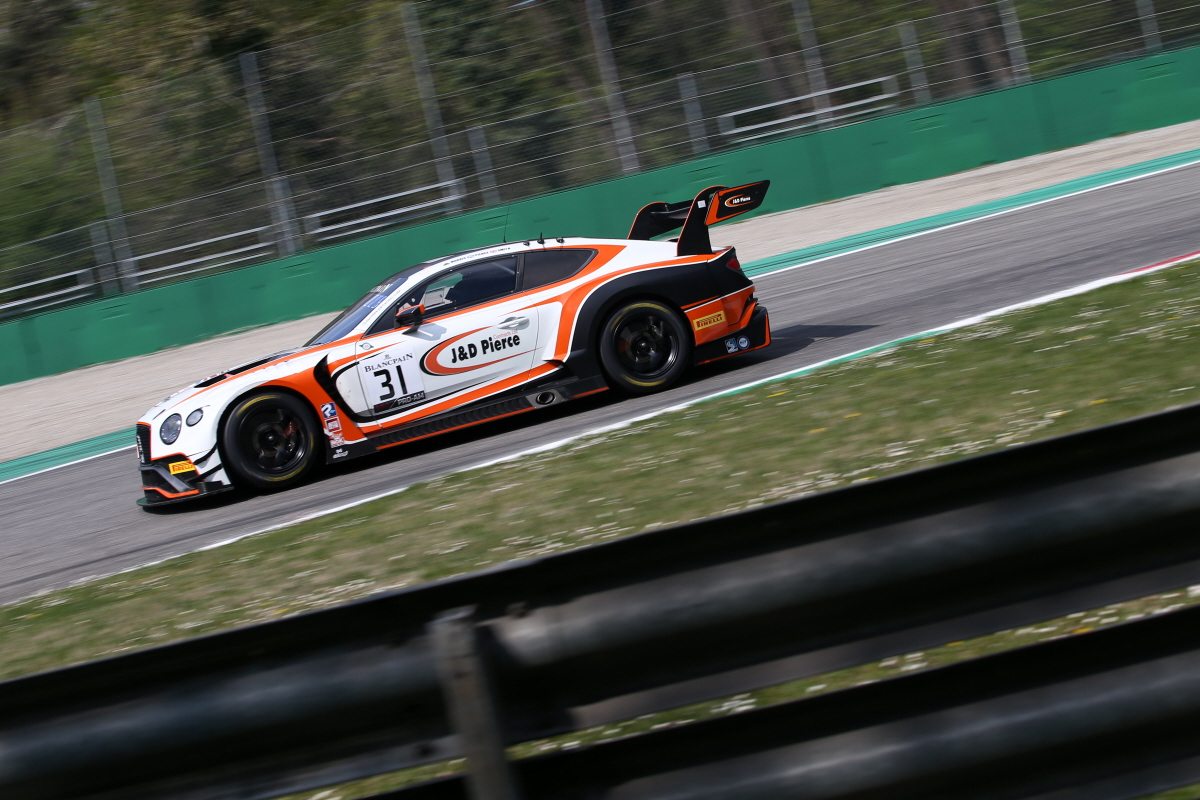 Posted at 10:04h in Uncategorized by sarah

Professional GT racer Seb Morris returns to the Team Parker Racing line-up at the Circuit de Catalunya in Spain this coming weekend, 28th/29th September, for the fifth and final event of the Blancpain Endurance Cup season.

After making his official debut as a ‘factory’ Bentley driver during the previous Blancpain round, the Total 24 Hours of Spa in July, the Chester-based Welshman will reunite with Derek Pierce and Rob Smith in the Pro-Am class where the trio will be fighting as hard as possible for a podium return.

Frustratingly for Morris and Leicestershire’s Team Parker, 2019 has been a lean year in the hugely competitive championship with silverware eluding the squad thus far – the best result up to now was fifth position in Pro-Am during the second race of the year back in May at Silverstone.

With searing pace at his and the squad’s home race, 23-year-old Morris not only delivered the fastest Pro-Am lap during his stint but also the quickest first sector of any driver. Only an issue prior to his run, multiple stalls which prevented a timely exit from the pits, stopped Morris from achieving what would have been a richly deserved win.

Race one at Monza in Italy ended early due to an incident involving Pierce, and the third round of the season at Paul Ricard was also badly impacted by an early-race incident. Even so, Morris took the chequered flag in the six-hour ‘into the night’ race in France seventh in Pro-Am after recovering a lot of lost ground. As at Silverstone, his pace was stunning – just 0.2 seconds shy of the fastest lap of all.

Of course, Morris vacated the Team Parker car for the trip to Spa-Francorchamps where he became part of the official works Bentley Team M-Sport entry. More than proving his worth on his debut as the fourth fastest of 16 Bentley ‘Pro’ drivers in qualifying, the No.109 car had to be retired from the race a mere 20 minutes into the 24 hour encounter, a bitter blow.

Since then, Morris made his second factory outing with Bentley at the Suzuka 10 Hours in Japan, his first outing in the Far East race, and he has also completed his season in the British GT Championship where he has been racing with Bentley customer team JRM.

With qualifying and race pace proven yet again in 2019 for Morris, the BRDC Superstar and Motorsport UK ‘Team UK’ driver is more determined than ever to challenge for a podium return in the No.31 Bentley Continental GT3 as the Blancpain season reaches its conclusion.

“I’m really looking forward to being back with Team Parker for the final round, and I’m hoping we can end the season with a strong result for Derek [Pierce] and all the guys in the team who have done another fantastic job this year”, said Morris.

“Obviously, I’ve got a great relationship with Parker and we’ve had a lot of success together in British GT – winning the championship a couple of years ago – as well as in Blancpain. They always produce a great car and it would be fantastic to end the season on a high with a big result, we’ve obviously got the capability if we have some better fortune!”

Following testing at the Circuit de Catalunya on Friday, 27th September, and free practice on the morning of Saturday, 28th September, pre-qualifying will get underway at 14.05 (UK time) later that day.