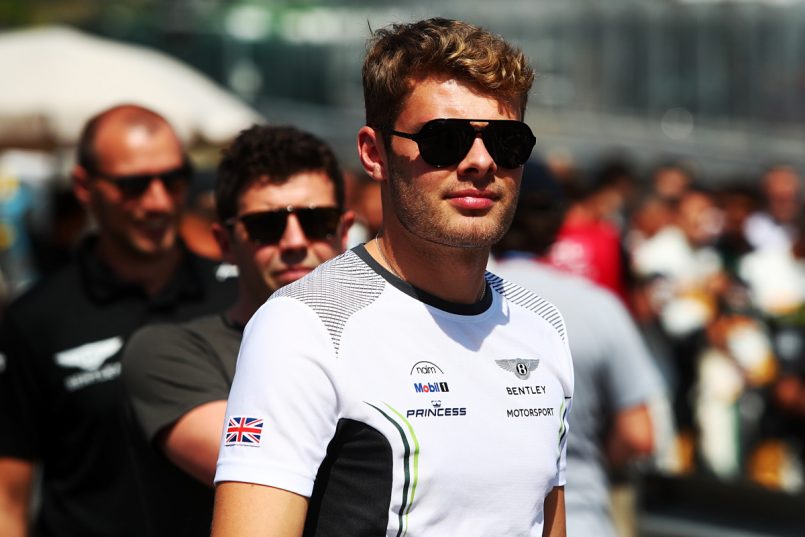 British Racing Drivers’ Club ‘Superstar’ and Motorsport UK ‘Team UK’ driver Seb Morris has today, Thursday, 15th August, been confirmed as part of the official works Bentley entry for this month’s Suzuka 10 Hours – the Welshman’s first ever visit to the home of the Japanese Grand Prix.

Marking yet another huge opportunity in the 23-year-old’s glittering career, the race on Sunday, 25th August, is one of the globe’s most prestigious endurance racing contests and also forms the fourth round of the Intercontinental GT Challenge.

Chester-based Morris, the 2017 British GT Champion and a multiple podium finisher in the Blancpain Endurance Cup, will race one of two Bentley Continental GT3 cars entered into the 10 hours by the British manufacturer and will team-up with highly-rated pros Maxime Soulet and Andy Soucek.

Combining forces in the No.108 Bentley, which will sport the same gold livery as run in the recent Total 24 Hours of Spa to celebrate the marque’s centenary, the trio undoubtedly head to Suzuka next week as genuine contenders for the podium and, quite possibly, victory.

“I’m incredibly grateful to Bentley for this opportunity”, said an overjoyed Morris, one of the UK’s most highly rated young professional racers, “I’ve never been to Suzuka, so it’s a real boost the team trusts my abilities to be able to go there and do the best job.

“Having worked with Bentley through its customer team programme for over four years now, I feel very comfortable in the Bentley environment and ready to perform. The Continental GT3 produces great downforce and performs well in high-speed corners, and I fully expect to be competing for top spot on the podium.”

He added: “It’s going to be my first time partnering Maxime and Andy, both fantastic pro drivers, so as well as being determined to deliver the very best performance I can, it will also be an incredible chance to learn a huge amount from two of GT racing’s most successful drivers.”

Suzuka, of course, needs little introduction as one of the world’s most well known and high-profile motor racing circuits. Home to the FIA Formula One World Championship’s Japanese Grand Prix, the uniquely challenging 3.6-mile, 18-turn track has featured in some of international motorsport’s most thrilling battles at the pinnacle of single-seater and GT endurance racing.

This entry for this year’s Suzuka 10 hours, the 48th staging of the Summer Endurance Classic, reads like a Who’s Who of GT racing competition and notably features 1998 and 1999 Formula One World Champion Mika Hakkinen.

Morris’ first track action at Suzuka will come during pre-event practice next Friday, 23rd August, with additional practice and qualifying following on Saturday, 24th August – the latter getting underway at 13.00 (local time). Pole position shoot-out for the fastest 20 cars from qualifying will commence at around 17.30 (local time).