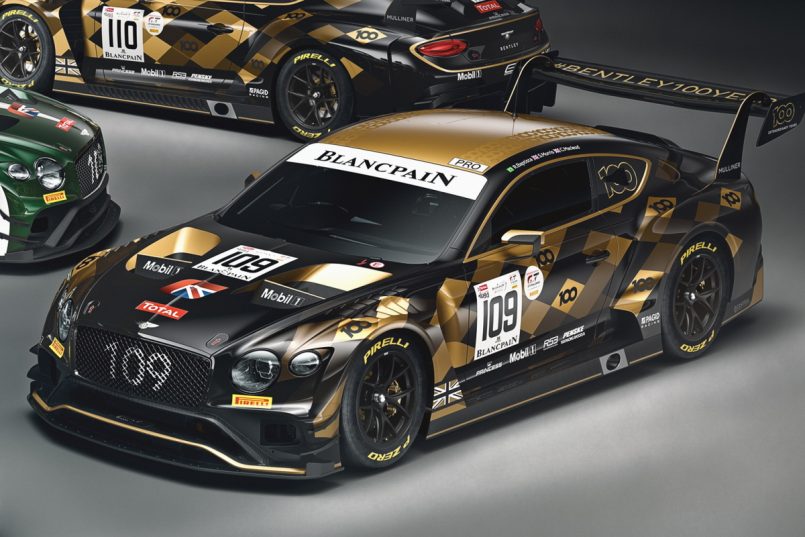 Acclaimed motor racing star Seb Morris will embark on the most important challenge, and arguably greatest opportunity, of his sporting career in Belgium this coming weekend when he makes his debut as an official ‘factory’ driver with British marque Bentley in the annual Total 24 Hours of Spa.

Fresh from the most recent round of the British GT Championship at Spa-Francorchamps this past Sunday, 23-year-old Morris has remained in the Ardennes in readiness for the biggest race in GT3 endurance competition, which gets underway this Saturday, 27th July.

Having impressed with Bentley customer teams since switching from international single-seater racing to GT endurance action in 2016, the Chester-based racer now has the dream opportunity to impress at the highest level as an official works driver with renowned manufacturer Bentley.

Teaming with Brazil’s Rodrigo Baptista and fellow Briton Callum MacLeod, the Pro class trio will share the M-Sport prepared No.109 Bentley Continental GT3 which forms part of an official four-car entry from the marque into this year’s 24 hours, the 71st staging of the big race.

Of course, the Total 24 Hours of Spa is also the fourth round of the Blancpain Endurance Cup season which Morris has been contesting thus far with Team Parker Racing – the squad with which he won the British GT Championship in 2017 and became a Pro-Am podium finisher in Blancpain last year.

With the opportunity to drive for Bentley’s factory team well and truly the chance of a lifetime, BRDC Superstar and Motorsport UK ‘Team UK’ driver Morris has grabbed it with both hands and intends to deliver the strongest possible performance to confirm the faith shown in him.

“Hopefully this will be the first of many races for me as a Bentley factory driver, it’s an incredible chance – the biggest opportunity of my life – and I’m determined to make the absolute most of it and repay the faith Bentley is showing in me”, said Morris.

“It’s great to be working as part of a full ‘Pro’ line-up for the first time, Rodrigo, Callum and I all have the same aim and the same goals and we bounce off each other really well. We’ve all got our own ideas for improvements and everyone works together perfectly so we’re going into the build-up to the 24 hours feeling confident and beyond excited to get going.”

He added: “Although it’s like a race weekend stretched out over a full week, it will still be pretty hectic with all of the preparation and the work out of the car. Obviously, I raced in the 24 hours last season with [Team] Parker so I’ve got that experience which is going to be vital. The main thing is to stay relaxed, prepare as well as possible and work as hard as we can for the best result.”

With preparation having already begun at Spa today, Morris and the other Bentley factory drivers took part in the annual parade into Spa town centre , Wednesday, 24th July, and met and greeted the local fans.