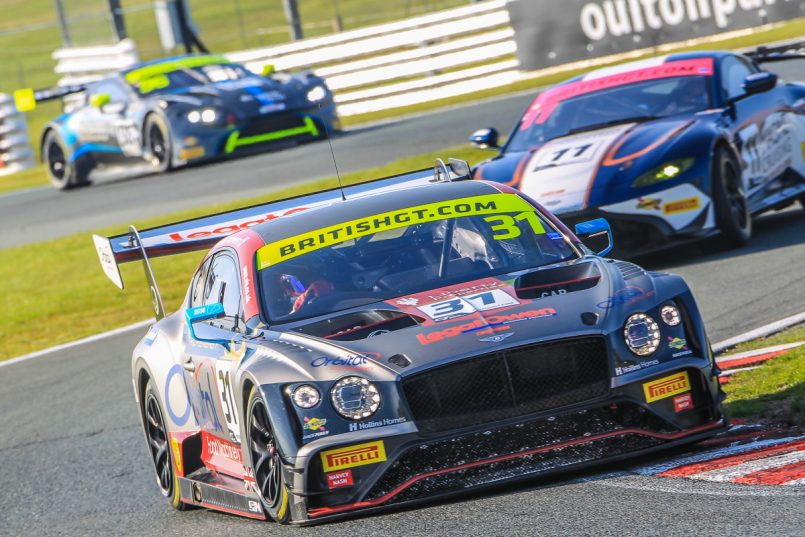 Just over a week removed from the category’s flagship three-hour race at Silverstone Grand Prix Circuit, where the JRM duo frustratingly had a hard-earned top three result taken away following a post-race disqualification on technical grounds, which remains under appeal, Chester-based Morris is hungrier than ever to deliver some much deserved silverware in round six this Sunday, 23rd June.

Going into the fourth race meeting of the British GT season, Morris and Parfitt Jnr are sixth in the outright GT3 standings with one race victory from the championship curtain-raiser at Oulton Park. In the Pro-Am title battle, the duo currently hold seventh place.

Clearly, the 2019 campaign has certainly had its challenges thus far with incidents at Oulton Park, Snetterton and the debated disqualification last time out. What is beyond any doubt, though, is the level of pace and performance delivered by the JRM drivers who are long overdue a clear weekend.

“The result from Silverstone is still up in the air with the appeal JRM has lodged, but as far as Rick and I are concerned we finished third on track at Silverstone and we both performed very well in the race so we’re taking that forward to Donington”, said Morris, “Rick’s driving has improved and I was up there with the very best, racing hard with Nicki Thiim at the end which was really good.

“Despite the technical result, in terms of the track result and performance we were very happy and the team is operating very well. Everyone is looking forward to Donington now, Rick and I have good memories from there having wrapped-up the British GT title at the track in 2017 so it’ll be nice to go back and try and win the race. We’re determined to mount a challenge for the podium at least.”

Morris and Parfitt Jnr certainly hit the ground running during round one at Oulton Park with a terrific performance to win the opening 60-minute race, making the perfect start to the season. Even with an unfortunate excursion for Parfitt Jnr during race two in Cheshire, and then some on-track contact at Snetterton in rounds three and four, the duo still maintained a top three championship placing.

With the points initially scored in the recent Silverstone 500 still hanging in the balance as JRM await the outcome of the appeal, Morris and Parfitt Jnr know a big haul is essential at Donington to try and reignite their hopes of becoming two-time GT3 champions in British GT.

Live online streaming of the race will be carried HERE