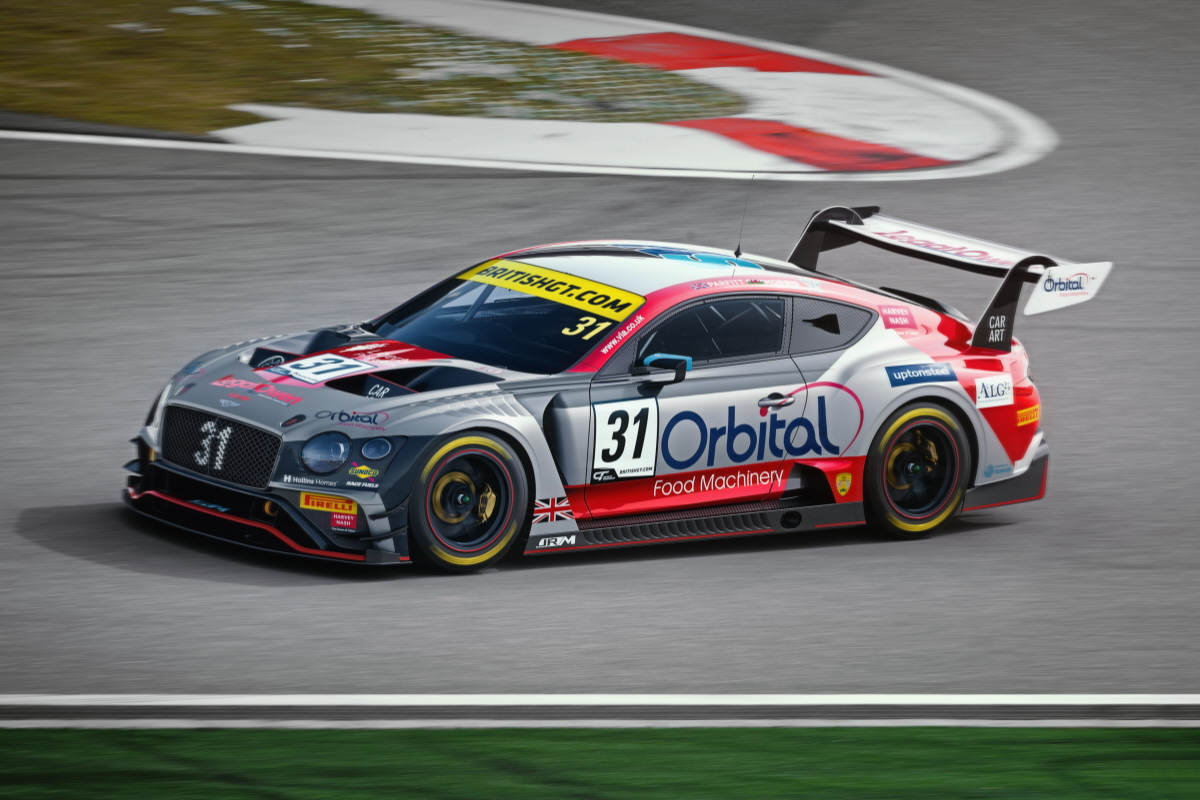 Professional racing driver Seb Morris is about to embark on his biggest and most high-profile season of motorsport by far after this morning, Monday, 4th March, confirming a huge deal to return to the British GT Championship with brand new Bentley customer team JRM.

In absolutely massive news for the UK’s premier endurance racing category, the Welshman – who last year starred in the E4 reality TV show Celebs Go Dating – will reunite with rock star Rick Parfitt Jnr to reform the ‘dream team’ pairing which made history for Bentley by winning the 2017 title.

Piloting an exquisite new Bentley Continental GT3 for the Daventry team, 23-year-old Morris will leave no stone unturned in the quest to challenge for a second British GT crown in his first season as part of the JRM entry.

Retaining personal backing from long-standing partners Liberty Properties and Legat Owen, Chester based Morris says the deal to join JRM was ‘too good to refuse’ and especially with the opportunity of teaming again with Parfitt Jnr, who had previously announced his retirement from racing.

Notably too, throughout the 2019 season Morris will remain part of the UK’s two most prestigious young driver development programmes after being invited to once again be a British Racing Drivers’ Club (BRDC) Superstar and a member of Motorsport UK’s [formerly the MSA] Team UK.

“This is absolutely massive, a huge deal and one that was too good to refuse!”, said an overjoyed and justifiably excited Morris, “This all started at the back end of last year, it seemed too big to be true when I got a call from Dan [Burge – JRM Commercial Director] about his vision but it’s all come together and is extraordinary.

“I’m coming back to British GT as a proper ‘Pro’, JRM want my services as a driver and that’s an incredible feeling. Rick [Parfitt Jnr] had obviously announced his retirement, which was serious, and when the team talked with him he said he wouldn’t come back unless he was with me – that’s such a fantastic thing for him to have said, it’s very special and I feel honoured and humbled.”

Morris added: “I’m also, obviously, extremely proud to have been asked to continue as a BRDC Superstar and to remain part of Team UK as well. It really is an honour to be invited to remain part of both programmes which offer so much, and which have played a huge part in my career so far.”

After winning the coveted and highly prestigious British GT crown in 2017, the 25th anniversary year of the championship, Morris and Parfitt Jnr will undoubtedly go into the new season as a very real threat for more success among a grid packed with professional drivers and major manufacturers.

With a brand new Bentley Continental GT3, which won’t have turned a wheel until the team’s first test outing which will take place in the coming weeks, Morris is confident the new JRM entry will shake-up the established order.

Headed by Managing Director Jason King, JRM brings huge experience with former Sauber F1 Team Head of Performance Engineering Elliott Dason-Barber – who also worked at Red Bull Racing, Lotus F1 and Caterham F1 – in the role of Technical Director. The Commercial team is led by Dan Burge and Lesley Vernon, who have both arrived at JRM from Williams Advanced Engineering.

“I think we’re going to surprise people with how strong we are as a new team”, said Morris, “I’m more involved with Bentley now so there’s a lot of work to do to make sure we’re in the best position we can be for the first round. I’m sure we can have a massive impact on British GT this year and really challenge consistently.

“Obviously, I’ve been away in Blancpain Endurance for a year where I was often the fastest Bentley and we took podiums in the first season which was fantastic. I’m aiming to put into practice what I learnt there, becoming a much more rounded driver, on my return to British GT with JRM. We’ve also got more exciting announcements about this year’s racing to come as well…!”

On behalf of JRM, Managing Director Jason King said: “We are pleased to have Seb driving for JRM Racing in British GT, I have watched his progress through the ranks and he has proved his talent in GT racing. His experience with the Bentley GT3 car will be invaluable to us over the season and recreating the 2017 championship winning driver pairing with Rick has put JRM Racing ahead of the game. We are looking forward to the first race at Oulton Park.”

The announcement regarding the British GT deal comes just a couple of weeks after Morris was promoted by Bentley into its ‘factory’ team for this year’s Total 24 Hours of Spa, where he will race as a fully-fledged ‘Bentley Boy’ as part of a four-car assault on the biggest GT3 race in the world.

Morris’ British GT Championship race return, meanwhile, will take place over Easter weekend at Oulton Park in Cheshire, his ‘home’ track, with rounds one and two of the 2019 season set to take place on Easter Monday, 22nd April.